Ethereum devcon2 2016 was held in Shanghai and was organised by the Ethereum foundation. The event spanned 3 days from 19th to 21st September in the Grand ballroom at Hyatt on the bund.

My overall experience of attending the devcon was awesome. I had never been to such a conference and didn’t know what happened there and what is the agenda of the people coming to these conferences. It seems the agenda was pretty straightforward for the attendees; networking. There were primarily 2 kinds of presentations; from the Ethereum foundation and from various projects and startups building on Ethereum platform. For the presenters the agenda was announcing updates and marketing. 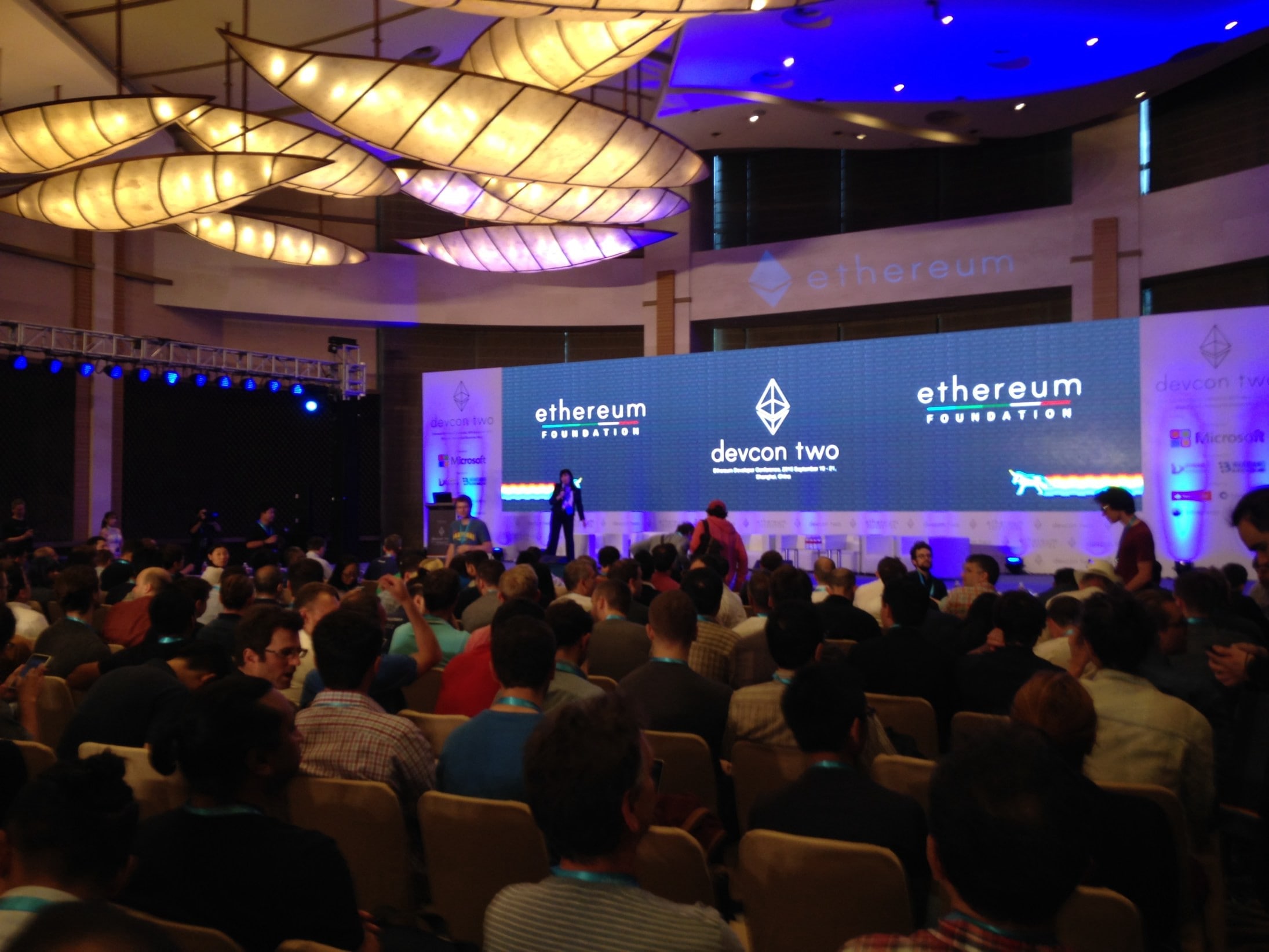 DAY 1 AT THE DEVCON2

The variety of people at the conference was astounding. There was no clear majority. The only majority you can say is that a lot of people were exploring what is the future of Ethereum and blockchain technology. I tried to talk to a lot of people but sometimes I found myself lost for words. So many people are working on projects which are completely new concepts. I met people from several companies who came to devcon2 to study what is possible with blockchain technology and ethereum for their company. There is a great opportunity for the experts and devs to throw ideas out in the open and see if anyone catches them because people are observing with ears and eyes open.

I met the founder and team of an Indonesian startup that provides tax filing solutions to individuals and companies. They were interested in exploring the blockchain technology for making a digital cash management system. I met a lady from Mumbai working with a large Indian bank to build supply chain management solution for their gold business. One of the top executives from Huawei came to the conference to explore if he can combine IoT with blockchain. There were members of Consensys team all over the place who were actually from different countries and working on very different projects. I interacted with some on them to understand what is Consensys. Turns out it is a group of individuals who get guidance, resources and marketing attention for their project. It is up to the group of senior execs at Consensys to decide if they find the project and team interesting enough to make them a part of Consensys. Currently they have some very interesting projects with them. I met the multibit hd wallet founders who are now consultants to big firms and love Ethereum! 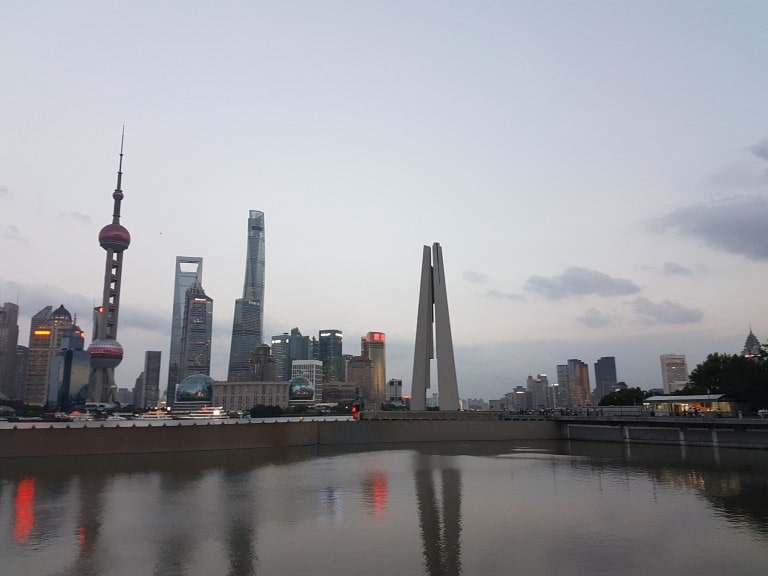 I was surprised that in each country around the world including India there are small consulting firms providing education and consulting to big companies on blockchain technology. This is great since some of these POCs will become products soon enough. I believe that there will be chain reaction in blockchain adaptation around the world. We need one company to successfully deploy a complete solution using blockchain.

For me what matters most is the availability of tools to build. As a developer I want the heavy lifting to be abstracted behind suit of libraries. At this devcon some very great set of libraries like eris, truffle, uport, ipfs, parity were presented. At StarApps, we want to collaborate with people to learn how to build something of commercial value.

A lot of new tech was shown at the devcon out of which a great majority were devtools and platforms for building onto ethereum. Currently the ecosystem is at the building stage where the foundation is being laid. For instance you need a light client for making mobile apps and the light client is being tested for release currently. Solidity the language for writing smart contracts is being updated to manage unwanted or implicit behaviour. The core devs and experienced programmers are educating other devs and releasing design patterns and common mistakes for solidity code. The dao hack has definitely shaken everyone. A mistake in solidity can cost the whole ecosystem. My favourite devtool for now is truffle which makes writing contracts and testing them considerably easy.

The main development area which I think will bring capital and interest in the cryptocurrency space is enterprise blockchain. Eris Industries has made it possible to deploy your own blockchain with pluggable consensus mechanism. The prime sponsor of the Devcon and one of the biggest banks Santander has released a customer cash management system. For banks or for any other company dealing with sensitive information the question is whether blockchain based software systems work better than the traditional centralized database based systems. Blockchain based systems are more fault tolerant and secure and they can be used within a closed system as well. For example between a group of companies who want to exchange information securely and privately on nodes maintained by them. Microsoft is already offering blockchain deployment solutions and soon enough other cloud service providers might too. I believe a lot of companies will start using public and private blockchains for managing sensitive data soon enough. Documentation for building apps and best practices for security will enable software developers from around the world to build solutions. We, at StarApps, have started to look at this space of blockchain platforms very closely now.

From the products and platforms showcased I really like uport, prediction markets and platforms for building blockchain products like eris. Everyone really liked uport and they even won the blockchain showcase event. The special thing about uport is that it sits right at the edge of mass adoption. Using keys for managing accounts is a much more efficient and secure method and with smart contracts to manage keys it becomes a awesome use case for the general user. The benefit to the end user should be very clear and also the scope of improvement from the current systems should be to the order of 10x. Products like decentralized market for computer resources are still in the future in terms of market adoption. Use cases for transactional business models where the core new feature is a trustless system is still in the grey area. Prediction markets and gambling websites can benefit greatly from the security and freedom which blockchain technology provides. Platforms for building dapps are ripe for market adoption too. I am sure a lot of banks and corporations will jump to build a use case for their companies. There were certain companies showcased at the devcon which pitched products with no obvious improvement over the existing system for the end user except the decentralized and distributed feature of the software. This makes adoption uncertain because awareness for benefits of such softwares is not there yet. Single feature of trustless systems is not strong enough marketing when consumer has not lost trust in the existing authority.

Trust can be seen as commodity or service which companies provide to the customers bundled with their product. In any industry companies build trust through various methods. Competition forces the companies to gain trust and the amount of trust a company has to build among its customers is a function of risks involved. Trust in lot of sectors like the health industry and food industry is build through 3rd party agencies and approvals. And above all that is the amount of marketing spend for priming users. Trust is bought from the market through advertisements. Trust in a service or product is built in a balance of incentives. For now if there is a scam or mistake made by a company customers move to the competition. Consumers might have to bear a higher cost in this shift. And of course a lot of customers have lost value in the scam. But in markets where there is no competition ie where the government operates trust building is skipped. For these markets there is a great incentive for the users to adopt blockchain technology. For example: voting, health records, tax. For the private sector markets trust has to be gained and still there is a journey towards trustless markets. I believe it is only after the monopolies of the government have been deployed on the blockchain the consumer facing mass adoption will come.

After attending the devcon2 the whole crypto scene has expanded for me. The currency part is now much smaller. I am now more interested in finding use cases for trustless and secure systems. Decentralized and distributed systems will soon be the buzzwords. What is important now is to create product concepts and put them out in public to check if they are worth exploring or not. Ethereum opens up so many possibilities, it is possible to issue tokens with just some lines of code in solidity. I have ideas of my own about what to build on ethereum. But for now I want to gain experience and learn.